Check out these other foods!

I decided to do it based on a standard Magnum ice cream which I am sure most people would definitely know! They are normally around 1255 kilo-joules or the nice round number of 300 Calories! 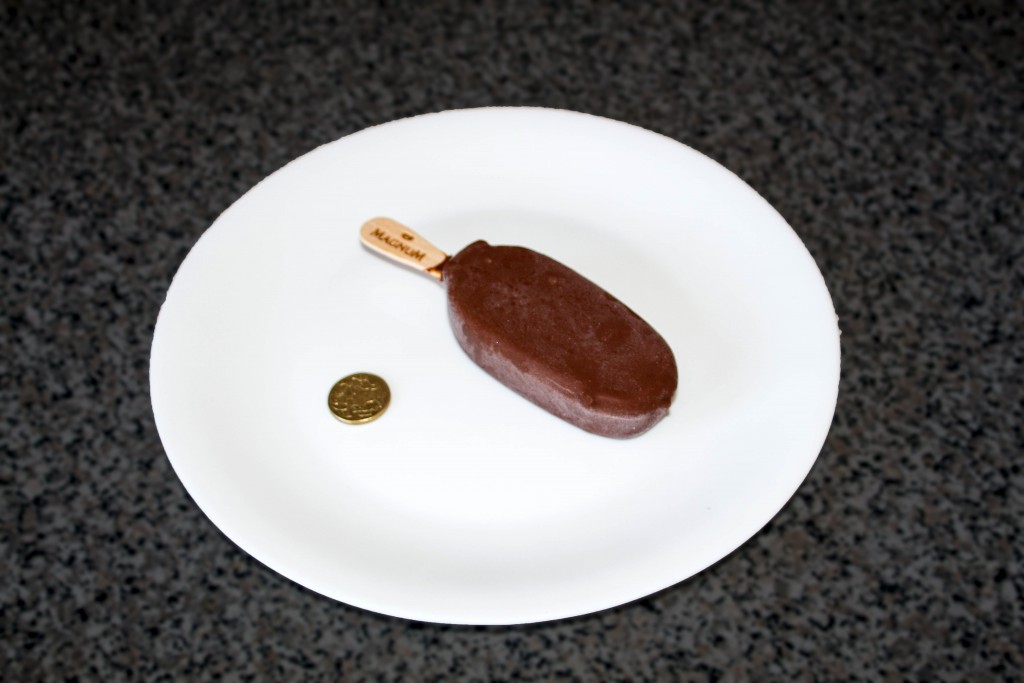 In some photos you might see a dollar coin which is just for scale.

People often over estimate or under estimate how much energy is in these types of foods but these photos give you a nice visual representation of how much or little it really can be!